How many times in our life do we start gardening, cooking, embroidering, learning Spanish, salsa or yoga, and then stop and give up within, say, a month’s time? We lack the skill of consistency so bad, don’t we?

I have an answer to that: Many, many times.

And it’s not just you. I’m the exact same. I’ve been wanting to write this exact blog post for 2 weeks and I never really finished it.

In fact, more than 80% of our world’s population is like that- constantly starting something new and thrilling on an impulse and never really completing anything.

Why do most human beings find it so hard to be consistent at anything after a while?

Many reasons. But mainly, it’s the brain.

You see, our brains are wired to lean towards good feelings, good experiences. It is a survival mechanism. If something feels good and your brain likes it, it perceives no danger to survival and therefore, your brain will always run towards the “feel good” activities. Our brains are constantly seeking new fun things, unique experiences and chasing the thrills.

So, when we do something that’s new & never been done before, our brains are fully active, ready to dive into this fun project.

But this doesn’t last forever.

When your brain no longer finds that “oh so good” feeling in an activity, you won’t want to do it. You’ve lost interest and there’s nothing new about it and now, your brain wants to give it up. Sometimes, we like doing what we do, but it’s just become too much of a drag, so monotonous and boring.

But try explaining that to your parents who paid for you to study 4 years in engineering college, right?

You obviously can’t keep shifting from one thing to another every one month. We need to find a path, and stick with it forever. We’re humans, not shape shifters.

That’s when consistency comes in.

When you’re consistent at what you do,

Let’s take a look at a few boys from the Bible. These people worked towards what God had for them by doing nothing more than being regular and committed.

In his time, God told Noah to build a boat because apparently, there would be heavy rains and eventually, floods. Every day, Noah would cut wood, hammer nails into them and furnish it all to make a particular part of the huge boat. Everybody called him stupid. But he just kept on doing a little, every day without fail.

We know what happens next in the story. But my point being, it did take Noah a lot of work bringing himself to work every day to build a stupid ship. But he was consistent and did it anyway.

It did take Noah a lot of work bringing himself to work every day to build a stupid ship. But he was consistent and did it anyway. Click To Tweet

Paul is another man in the Bible who caught God’s vision for him and stuck with that all his life, no matter the circumstances.

In case you didn’t know, here are a few little hurdles that came his way:

Via: “The Apostle Paul: A Life of Suffering“

Are you getting the picture of this guy who stayed faithful even when the going got tough? Be more like him.

Whatever God has put on your heart, do it in an honorable way.

Respect the beauty of the activity you’re engaging in.

Realize that what you’re doing is having an everlasting impact on our world. It doesn’t matter good or bad.

Consistency means dragging yourself to that busy day even when you want to lie down and watch TV. It is all about the mind. Ethic > Emotions.

Realize that what you're doing is having an everlasting impact on our world. It doesn't matter good or bad.  Click To Tweet

Be consistent in what you do.

Be honest and faithful to it. You don’t have to do big things, just small things every day. And before you know it, you will stand in a place you never stood before.

God helps those who help themselves, remember?

I hope this helps you achieve those New Year Resolutions! 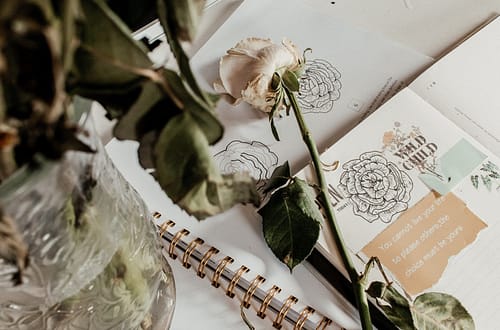 21 Habits all happy people have in common