If I could do one thing and never fail at it, I would be a pilot. Or a flight attendant. Even though I’m not good at math, I’d like to imagine myself in a crisp white shirt (which I’d wash in a washing machine because I’d because rich). And flashing across an overcrowded airport in a pilot’s uniform never hurt anyone, right?

My point is, I’ve been fascinated by airplanes ever since I can remember. Every time a plan flew over my head in the sky, I would keep looking at it until it was out of sight. I had tears in my eyes when we were hovering over Hong Kong. Because, you don’t get to sip orange juice and look at Mainland China from a bird’s eye view every single day, right?  Tall buildings, small patches of aqua colored water and occasional cotton clouds seemed unreal.

I sank into my seat a little more. There was no way I could believe this was really happening. Unlike most other passengers, my eyes were gleaming with joy. I was this dumb 18 year-old on an international flight with exceptional beauty and moreover, without my parents. “Is this for real?” I questioned myself.

But this story doesn’t start there…

The real tale begins on a dull morning in September 2018 when I decided to visit the iconic Mount Mary Church in Bandra, Mumbai. It was a random plan we had made as classmates. After a solid hustle in the 7:17 train, we got to Bandra. On our way to the church, we passed a lot of candle stalls and also, flower garland stalls.

If you’ve not had a chance to visit the Basilica, you can look it up in this blog post. Click “here”

Offering candles and flower garlands at the altar is an Indian devotee’s way of showing devotion to Mother Mary. I was at the end of the lane and almost into the church when something clicked. I decided to buy candles too. Now, people usually buy candles of a particular shape to represent their petition to Mother Mary. Candles fashioned in the shape of a house, a car, a baby to ask for a house, car or baby… something like that.

I kept searching in the shops for the candle I wanted. An airplane.

On the whole, anyone who wanted to land a job in a first world country offered airplanes at the Church altar. Everyone had faith in this Mother Mary, and hence, I decided to give it a try. I paid for that beautifully sculpted wax airplane and we walked into the church.

Why was I offering an airplane candle?

To summarize, I wanted to pursue a Bachelor’s degree in Canada. That’s why, the airplane. Without a doubt, it has been my dream to graduate from a super cool university and at the time, that was it for me.

After mass was over, we went to the statue in the main church. As I approached the altar, I spoke these words. “Mother Mary, you know how much I love being on the plane. Sitting in that cold airplane seat, traveling someplace nice makes me feel alive. It’s been 18 years and I have never been on an international flight. I want to live an amazing life. I want top quality education. Put me on the plane. Please put me on the plane”

As we came out of that church, I was calm. But full of expectant faith too. The rest of the day was spent in the fair, of course.

The next half of the year were horrible. It was only meant for me to detach from my dreams.  I realized my IELTS exam dates and senior high final exam dates were clashing. I was running late with my procedures. It was suddenly a lot more money than I had expected. I could in no way afford those tuition fees and the loan was not so easy to get. It was one of those things that just wouldn’t happen. No matter how much I kept pushing.

It took me months to finally let go of this dream. Mother Mary was a scam, wasn’t she?

“Give me my candle back, Mother Mary. I Might as well go buy a new phone charger with that money.”

After another hugely dramatic story which you will read soon, I decided to take the year off before going to college. It was not the glamorous kind that happens in movies. I wasn’t traveling or cruising or waiting tables at McDonald’s.

All I was doing was washing clothes and vessels, cooking, cleaning and packing school tiffins for my little sister. In the eyes of my teachers, I was a failure – someone with so many dreams I couldn’t even accomplish one. All of my friends were going to college and talking about how liberating it feels. All I could talk about was what sweeping the floor 25 times a day feels like. I was being so foolish. Or at least I thought I was.

It seemed as if I was pursuing a different track than what I was meant for and one by one, all my dreams came crumbling down. I felt so stupid about myself. Days were passing by and I was only scrubbing pots and pans. I spent days with this miserable mindset until one day.

That evening after community prayer, my leader called me up and asked if I would be willing to visit the Philippines for a mission trip. And just like a well-behaved Disney princess, I said yes.

I had to wait another two months until it was confirmed that I was going. Yeah, lots of waiting for me.

Despite all the drama, I was outside the gates of Mumbai International Airport on the night of October 30th, and I couldn’t be happier. With two unmanageable suitcases and a friend, I handed my passport and visa to the officer. Standing in the immigration queue, answering all their questions, passing security checks, eating a subway sandwich, playing around at Hong Kong airport and eating baby potatoes with gravy for breakfast on the plane. Undoubtedly, It was all a dream.

I stayed in Manila for almost two months. I ate the best of foods (chicken, pork, beef, eggs, spaghetti) you name it. We stayed with two warm families. I made the best of friends. With great zeal, I learnt a few words in Tagalog (Filipino language). Swam in clear blue waters, stayed in a bamboo house for three days. I ate pork for the first time in my entire life. I had God moments wherever I went.

Now, that’s the kind of gap year when God plans it out for ya!

Everything works out in due time

When I wanted to go to Canada and nothing was working out, I often stayed up late at night, worrying. I’d make up scenes and try to imagine what Canada would look like. I had imagined a hotel, a shopping mall, trains and playgrounds.

What’s funny is, so many spaces we visited in the Philippines was the exact splitting image of the spaces I had imagined in my head about Canada, a year ago. And when I was in that place, I couldn’t help tearing up. It was all a dream.

Everything comes to us at the right time. What is happening in your life right now is what God has willed for you. We have to make way for Him to work.  Click To Tweet

On the flight back home, I couldn’t believe this had happened. I sipped on in-flight orange juice, watching Crazy Rich Asians in absolute shock.

Mother Mary isn’t a scam at all. Along with her charming son, she fulfilled the prayer that came from my heart. Everything comes to us at the right time. What is happening in your life right now is what God has willed for you. We have to make way for Him to work. And sometimes, you don’t have to work for it. You just have to pray for it.

Sometimes, you don't have to work for it. You just have to pray for it.  Click To Tweet

My wish was made into reality. My mama did it for me. Mother Mary put me on the plane… 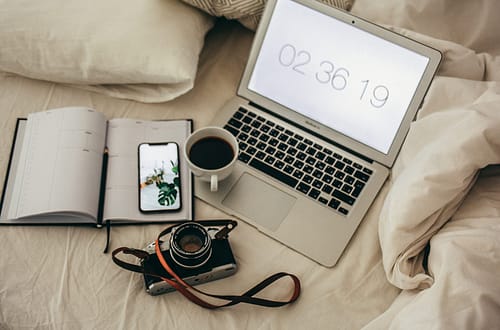 Why I started blogging 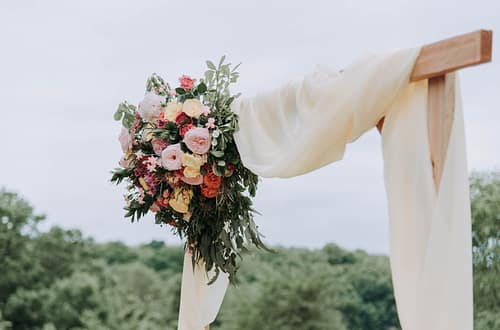 Should/ Can I be a religious nun? 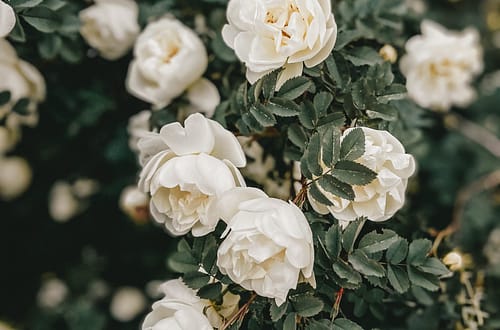 YOU- a poem about God