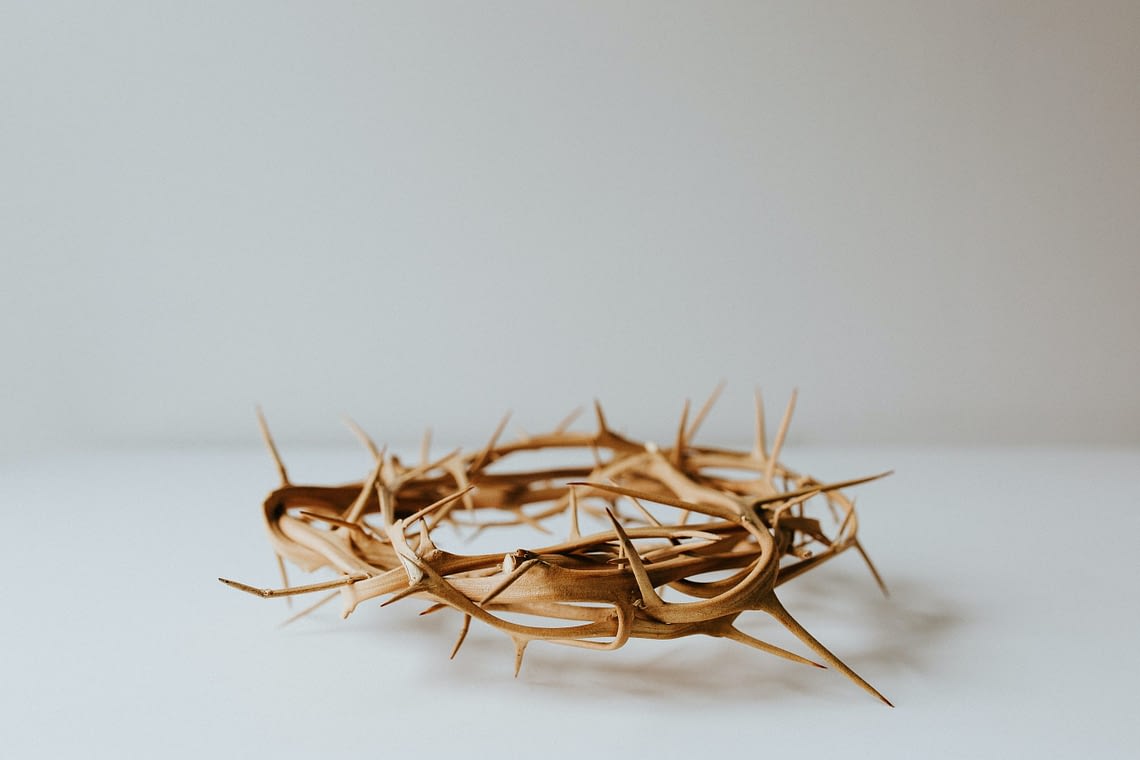 You are reading proof of the fact that you need God in your life.

We live in a world where everyone, deep within their hearts is on a search. It might not be as obvious, but believe me- it’s true. This is an intensely frantic search. We are all in need of someone to talk to, to make us feel special. Someone to really credit us for everything we do. Someone to back us up when we feel like quitting. And, we need someone to talk about our problems. And maybe even solve all our problems. Let’s just say we need a hero then, shall we?

Now that reminds me of the minions. They were these ancient, yellow skinned, tiny little beings who were on a quest to find themselves their perfect hero. They wanted a leader who could put up with everything they did and undo all the troubles they caused. These poor guys longed to find a master. A boss- suitable and relatable, yet mighty and amazing. They needed him to be an all-encompassing problem solver. Long story short, they took quite a while to find their perfect match. And until then, the minions kept swiping right on a lot of wrong “hero” profiles.

Sorry for the Tinder pun there. But it’s true. Finding a hero can be nerve-wracking at times. Finding a wrong one can be even worse. But, no man can live as an island. That’s why, no matter how much of a mess, the hero needs to be part of the story!

Humans have always wanted a hero

And that is not only true with minions. The human race has worshipped the sun, the moon, a river, the soil, snakes, stones and everything else that seemed to be powerful and influential to our ancestors.

And don’t tell me that’s old and that it doesn’t happen in 2020. You are still worshipping. Every single day. You’re continually worshipping anything that gives you pleasure, excitement and comfort. You’re worshipping your phone, your laziness, your taste buds, your sexual desires and so much more.

I know you can’t deny that. So, don’t fool yourself. You need a hero. It is the core desire of humankind to worship, to be under some kind of authority and fatherly care. You just never knew that.

Our idea of a hero is poor

Now, let me tell you this. We all have a poorly defined, more like a distorted version of who a hero is. And that, my friends is exactly why we keep running after people who are only pretend heroes. As for Bollywood, a hero must be handsome, have a jawline, cool clothes, a few muscles scattered over the front body, impressive moves and a considerable knowledge of punching villains to death. Although the villain part seems okay, the rest of it is such a cliché.

Superman has the best of action moves, right? Sure he does! But, how about something more laid back and loving? Tom Cruise- I’d probably have an issue with his American accent. Leonardo DiCaprio? Too flirtatious for a hero. The Rock- too big. Justin Bieber- He hasn’t even replied to my DMs yet!! (I’m still waiting)

I mean, we have an endless list of such powerless heroes in the world. Genghis Khan, Alexander the Great, Captain America, Mr. Bean. Sure, they all did good stuff to last a long time back in their day. But that’s not enough in a world where we want a personalized hero to share an intimate relationship with. Right? Adoring somebody fictitious and half-dead is something you can’t get a lot out of. Obviously.

These guys we look up to, are so stuck in their own bubble of fame and fortune. The stardom seems too good to be true. And the rest of these heroes are probably dead. It’ll be ages before they break open from the grave and look out for work to be done in my life. And yours.

They have a great deal of problems going on

And moreover, these are mere humans. They cough and bleed and doze off to sleep just to the same degree that we all do. And we’ll all die someday. They’ll die someday. What makes this lot of men our hero then? I see nothing remarkable enough.

So, if it makes sense, maybe we can say that a personal hero cannot be found in a hall of fame. Everyone is going to be imperfect after all.

But here’s the twist: Considering what I said in the start, our pursuit for the perfect hero doesn’t really end there. It’s like wanting to be in a romance novel knowing the hero will break your heart someday. Or eating something even when you know it’ll taste like feet in your mouth.

Unfortunately, it’s not very difficult to spot this kind of folly in our world. Every other person is busy following some person who clearly can’t fulfill the void deep inside of us. This has been an issue for years now. And you can’t change it. Until, of course, you meet this next hero I’m about to describe.

A different kind of hero

This guy is not as famous, actually. He has never been in a billionaire’s bungalow or on a private jet. A different kind of hero, definitely.

This man wasn’t in a Forbes list, but he does manages the lives of people who are on that list.

He doesn’t have a million dollar bank account, but owns treasure far better than paper bills and coins. The fellow doesn’t wear Levi’s jeans or Zara or something, but is in charge of dressing the lilies and the grass.

This man has no huge fan following on Facebook either. But, every single person of the human race is made in His image and likeness.

He’s not that much of a fashion enthusiast. He usually prefers a simple white cloak (for productivity’s sake).  And rides on foot. The guy is known for curing the blind, deaf, lame and dumb.

What’s funny is, He never really came across as a cool dude, or a ‘hero’. Until we decide to look beyond the curtains of our “heroic” stereotypes and pay attention to sermons in church.

He was born among cattle, in a little stinky shed. No baby reveal party or anything. He lived in a nominal village with simple carpenters and farmers. And when it was time, He got out of his little hut and walked place to place. He told the people that He loved them, and that his father loved them. This man gathered 12 simple fishermen and stayed with them for three long years. He made friends for life. The guy chose the mountaintop and the shore to give His motivational speeches. He multiplied snacks (cool, right?), healed sick people and brought people back to life.

If he lived in our century, I bet he’d have found a way to cure cancer.

He did all this out of love. Just because He loves us unconditionally.

However, all those crowds, corrupt and crooked crowds failed to see the love of the Heavenly Father that lay beyond the Jewish law.

But, He was born to die. He died upon a cross, weighed down heavily with sins from all the world.

He didn’t battle with other bad men, but with Satan and evil.  And when he lay there, dead on the cross, Satan had an entire day spent thinking he had won. But He went down to a dark place to free all the people he dearly loved. And then like a true hero, He rose again.

His name is Jesus. He’s a hero that doesn’t need stereotypical validation. He is love. He knows our words, thoughts, deeds and needs. Like an intrigued audience, He waits for our attention and watches lovingly at all the little things we do.

This man drafts a unique life plan for every little baby that comes to life. He is aware of all our details. This person knows the fears you had on your first day at school. He dances with you when you win that lottery. He knows the exact number of hair on your head and he updates that number every time a hair falls down. For real.

This man collects your tears in his bottle and fights all your battles for you. He died on that cross just because he loves us. He hopes to take you to his house in heaven to live with him like a bride forever. This man lives today and will continue to live forever. God’s not dead. He’s not a dead hero. He died because you must live.

This crazy guy always wants to give you so much better than you think you deserve.

This man has unconditional love, peace of mind, lasting joy and fool-proof career guidance to offer for free. He’s the kind of hero our broken world needs.

I once read that the human heart is shaped to fit a certain man in it. And that man is Jesus. It is tailor-made for our Hearts to have Jesus in it. And when that happens, our grand quest for a hero will have finally quenched its thirst. Jesus is the real Hero! 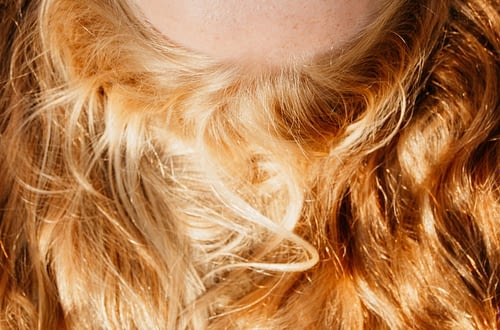 If you’re worried about your future, read this. 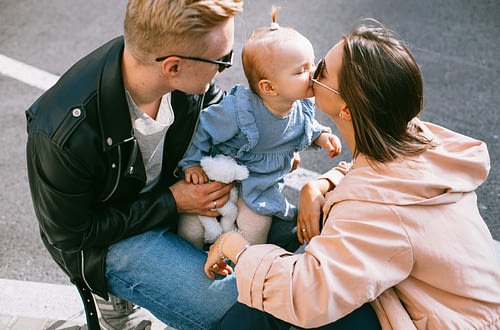 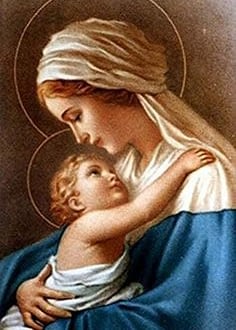 9 Things we can learn from Mother Mary

When I’m not leading precious women into their healing, you can find me feasting on my Palak Paneer and a Hallmark movie. Or probably blasting off Taylor Swift in the bathroom :-)