At least one or two, if not all of the people we encounter, are usually angry and deeply irritated. For reasons unknown. Part of being a daughter of God and learning to love has been this- keeping calm and silent, even in the midst of anger and chaos. So, today, I’m going to be throwing light on this: How to keep your peace and calm, in a negative situation, in the midst of a conflict.

With the not-so-loved arrival of an almost yearlong pandemic and the fact that most people are very expressive with their negative emotions, life inside a one-bedroom apartment can get really messy.

The plot consists of a group of people who live together, but have different times of waking up, eating breakfast and lunch, charging their phones and sleeping. This, my friends, is what we call adjustment.

These vivid time zones sometimes create trouble because breakfast hours range from 6a.m. (daddy) to 11a.m. (Dani) and the math sum of heating the milk at the right time and making it work with the schedule of the milkman is a bit of work.

Read: “Angry All the Time for No Reason? This Might Be Why”

And, let’s not forget about TV time, yeah?

Somehow, all the stars align. Some manifestation grants wishes and beautiful art films, Peppa Pig, ‘IPL T20’ and ‘let’s cook with Sanjeev Kapoor’ all air on TV at the same time.

If my neighboring Aunty hasn’t told you already, we’ve been having some serious arguments these days. The rumours are true.

And this isn’t a satire. This is the real world. Reality that repeats itself almost every other day in my house. And as you’re reading this, a sibling in the same room is probably writing their next fight song.

I don’t belong to a perfect family. And I bet you don’t too.

We’ve been living with our families for so long now. And they’re loud and noisy and disturbing and provoking. And despite all this, we have to make progress. You have online lectures, cooking, video calls, hobbies and your own mental health.

You can’t sabotage your routine or your responsibilities because of an annoying family member, right?

How do you not get angry and say hurting words to one another when you haven’t done anything? How do you keep calm?

That’s a million dollar question, if you ask me.

And it’s also an issue that most teens don’t know what to do about.

That’s why I put together 8 simple steps that can help you become a calm (and nonchalant) person even in the middle of a storm.

Let’s dive right into it- 8 Ways to keep your peace in the midst of a conflict.

A lot of chaos in this world would not exist if people would’ve learned to speak only the necessary words. Folks always feel the need to give their opinion and sometimes, a rude comment, because they think it’s funny.

It’s not funny to hurt someone.

But it’s also not easy to stop a word that’s sitting there on your tongue and decide not to say it because it doesn’t serve a noble purpose. Keep shut nonetheless. Don’t increase conflict.

Keep shut if you can’t say anything that will build and encourage and appreciate. When other people don’t follow this rule and say rude things to you, you still keep shut.

It is not necessary to reply to an instigating and hurting comment. Hurting them back will only waste your mental energy and make you emotionally involved. If you give back, that person will have a third comment. The disrespect keeps building and before you know it, you will be shattered at what they say. Take my word.

Don’t build up on hurt. Stay silent and the enemy will feel powerless. It will have no effect on you and with time, you’ll learn how to be deaf to hate.

Stay quiet when someone is yelling at you.

An immediate response after an outpouring of anger from another person can become emotional guilt and hurt.

“What did I not do for them that they’re giving me all this in return?”

This emotional defense mechanism, however, leads to a breeding ground for misunderstanding. Problems become bigger in your head than they actually are, when you overthink about it. And that’s a problem.

So what to do?

Quickly focus somewhere else. Instead of choosing to sit idle and going over the scene a hundred times, go do something energizing or calming. Anything you like doing that will distract you and take your emotions to a less extreme level.

Crying is effective because it lets out emotion that is not easily and regularly voiced. If you’re feeling sad or hurt, it is okay to feel so. You don’t have to shoo those sentiments away. We’re humans with tear glands for a reason.

If you’re feeling sad or hurt, it is okay to feel so. You don’t have to shoo those sentiments away. We’re humans with tear glands for a reason. Click To Tweet

Here are a few things to channelize your angry energy that won’t make things worse:

Read: “21 Habits all happy people have in common”

3. Avoid paying attention to the tone of the person:

Sometimes, our family gives us advice or something that’s beneficial for us. But the way they say it does more damage than it does good. They’re probably frustrated and they’re yelling at you. But what they’re saying is good. It’s a dense equation that Indian parents execute with ease.

What do you do then?

You pay attention to what they are saying, not the way they are saying it. That way, you won’t cry or criticize them. It is important to understand that they are also in some kind of mental state that makes them this way.

Don’t allow another person to make you feel hurt and spoil your joy. Accept what they say and take from it whatever is good.

Everything in life heals with time. Our emotions are not usually long-lived. You could be burning with anger, and the minute after, you could be as calm as a cucumber.

Don’t say things or act immediately when you’re angry. It might also not be a good practice to talk to someone who’s upset with you while things are still heated up.

Let time pass before you see the person again and talk to them. It is easier to understand the perspective of another person without an emotional clutter.

When things are solvable and not so complicated anymore, you should talk to the person who you hurt/hurt you. Take the first step no matter who started it.

It’s easy to be passive aggressive at this point and hold anger so people know they’ve hurt you and feel sorry. But don’t make that mistake. Give more love. Don’t make them feel guiltier.

If there’s something that you think is a misunderstanding, go and talk it out.

No matter what situation you are in, it’s better to stay unruffled and speak very little. And whenever you speak, be kind and polite.

Don’t try to insult or belittle anybody because that doesn’t bring back the peace.

Try and avoid indulgence in foul language or hurtful comments when someone is arguing with you. It will make you feel ugly and dirty. You might even regret what you said later and it could be detrimental to your relationships.

Staying put and kind will keep your peace, and give you the upper hand of not being affected or agitated by anything that anybody says. You don’t need to be mentally involved in any fight or conflict on earth.

Sometimes, many conflicts are not so easy to resolve. Not all problems have one straight solution. The person you’re talking to might not be as easy to understand. Neither are you a very easygoing person all the time.

So, apologize. It quickly sends across a message that says ‘you mean more to me than winning an argument. Forgive me and I’ll be a better person next time. Let’s go to Burger King now?’

If you prolong arguments, how can there be place for peace of mind?

It’s not easy to forgive, but it’s doable. Forgive people even while you’re hurting from what they’ve done. Keep your peace, let go of the ego.

8. Think about the other person:

Most people who are always angry are people who need more love from the people around them. Instead of pointing at them for being bad, love them. Make them feel heard and cared for.

Help them by not making them feeling ashamed and guilty. Help them to express themselves, even if it is rude. Help them realize things slowly and they will become more empathetic.

Speak with them often. Love through action.

There’s probably a lot that’s happening to them in their life. You won’t ever know. So, might as well be loving. Even if it feels like your ego is deconstructing itself, do it.

This will help you look with compassion towards that person and it will get easier to forgive them.

It will never be easy to understand people and ourselves. Psychologists have spent all their lives figuring this out and studies still continue to show various new aspects we cannot comprehend. People will continue to outpour anger that they carry from different walks of life onto you. It is human nature.

And sometimes, all these remedies will not work. You might be yelling at someone an hour after reading this. But, keeping chasing the peace that comes from Jesus.

The golden key to keeping absolute calm is this:

Ask yourself, “What would Jesus do, if He were in this situation?”

Jesus was always in perfect control of his emotions. He remained calm even while they pinned heavy iron nails into his palms. He was silent when he could’ve done away with stupid Pontius Pilate. But, He remained silent.

Ask Jesus for help when you feel lava inside of you. He would never go wrong and His presence inside you will give you the perfect answer. 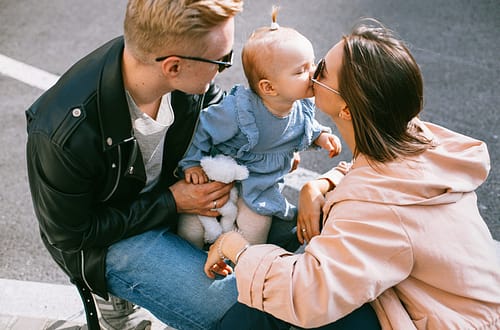 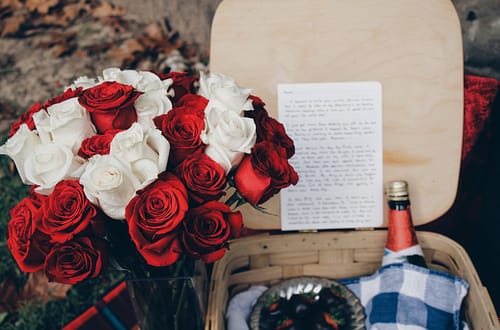 What does ‘be you’ really mean? 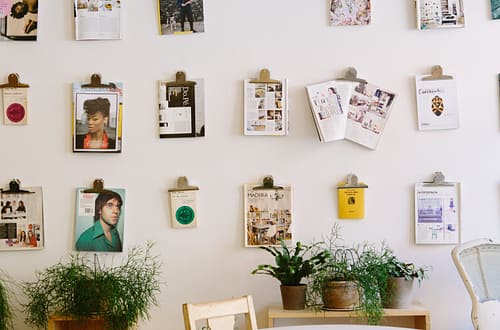 9 Must-see TED talks that could change your life